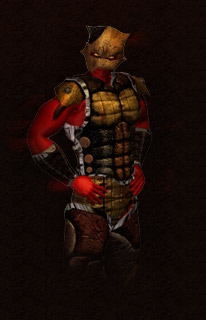 This is a weekly event that occurs in The Myth Of Soma for two hours where guilds from each race fight each other to gain access to the Guild Village. Winning this shows which guilds are the strongest and the village itself has many features that are worth fighting for.

While participating in the Guild Village War your Name and Guild name will be constantly displayed above your characters head to prevent players attacking their own guild members as Guild Village Wars can become a dangerous place very fast.

The entrance of the Guild Village will become blocked with Stone Pillars which prevent access until broken. Many players will defend the Guild Village at this point and try to suppress opposing forces trying to invade and take the Guild village for themselves.

All members of the Guild Council can use the Trace ability. This is useful to get to the various locations of soma quickly, although it can only be used on people who are in your Guild. The leader of the Guild can also recall their members. This is the opposite of trace and warps the character to the location of the Guild Master. This can be used to get guild members out of sticky situations.

There are many roles a character can play at the Guild Village War, it's all on you...